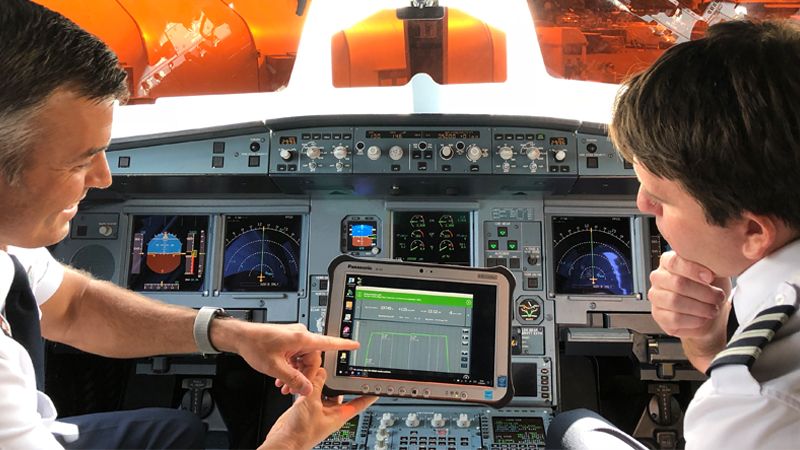 Last year, Hawaiian lowered jet fuel burn by seven million gallons, enough to power 14,300 vehicles for one year, amid a fleet modernization and expanded efficiency initiatives. The airline estimates Pacelab FPO will reduce annual fuel consumption by an additional one percent – approximately 1.3 million gallons – and prevent more than 12,000 pounds of carbon emissions from entering the atmosphere.

Pilots who operate Hawaiian’s 24-aircraft wide-body A330 fleet are utilizing Pacelab FPO on the airline’s network of non-stop flights connecting Hawai‘i to Australia, New Zealand, Japan, South Korea, Tahiti, American Samoa, and the U.S. mainland. Hawaiian intends to make the software available aboard its mid-haul Airbus A321neo narrow-body fleet that will grow from 13 to 18 aircraft by early next year as the carrier increases service between U.S. West Coast cities and the Hawaiian Islands.

"Pacelab FPO has been instrumental in helping determine the safest, most comfortable and efficient route on every flight," said Captain Brian Beres, senior director for flight standards and qualifications at Hawaiian Airlines. "Having previously removed heavy paper manuals and charts, Hawaiian is further increasing the utility of our Electronic Flight Bag tablets by providing real-time decision support tools to allow pilots to optimize all phases of the flight. This means guests arrive on our islands well rested and on time to begin their vacation, while we further reduce our environmental footprint."

"We’re delighted to welcome Hawaiian to the Pacelab community," said Oliver Spaeth, director of sales at PACE. "We collaborated very closely on demonstrating the savings potential during the onboard software trial, which went really smoothly despite the 12-hour time difference between Hawaiian’s headquarters, pilots and our operational efficiency experts in Germany."

Pacelab FPO continuously performs a holistic optimization for the remaining route to the destination and provides flight crews with actionable data to maximize operational efficiency, flight punctuality and passenger comfort given current flight conditions. The optimization uses real-time avionics data and meteorological information, while respecting scheduled in-block times and a wide range of other airline-specific constraints.

Hawaiian® has led all U.S. carriers in on-time performance for each of the past 15 years (2004-2018) as reported by the U.S. Department of Transportation. Consumer surveys by Condé Nast Traveler, Travel + Leisure and TripAdvisor have placed Hawaiian among the top of all domestic airlines serving Hawai‘i.

Now in its 90th year of continuous service, Hawaiian is Hawai‘i’s biggest and longest-serving airline. Hawaiian offers non-stop service to Hawai‘i from more U.S. gateway cities (13) than any other airline, along with service from Japan, South Korea, Australia, New Zealand, American Samoa and Tahiti. Hawaiian also provides, on average, more than 170 jet flights daily between the Hawaiian Islands, and over 260 daily flights system-wide.

About PACE – a TXT company

Founded in Berlin in 1995, PACE has built a reputation for developing trail-blazing software products for the global aerospace and aviation industry. As part of TXT e-solutions, the company focuses on high-quality niches such as preliminary design & evaluation, on-board software, digital manufacturing, product configuration, flight operations and training & simulation.

TXT e-solutions is an international, specialized provider of advanced software solutions supporting customers in high-tech markets, most notably in the aerospace, aviation and automotive industries, in their mission- and business-critical core processes and throughout their product lifecycles. Headquartered in Milan, TXT is listed on the Italian Stock Exchange and has subsidiaries in Italy, Germany, France, Switzerland, the UK and the US.